PET Technologies is making inroads in the U.S.

No matter what the item – from grain to ice cubes to snacks in a vending machine – gravity is always the best dispenser: it never breaks down, never calls in sick for the day, and never takes a vacation. 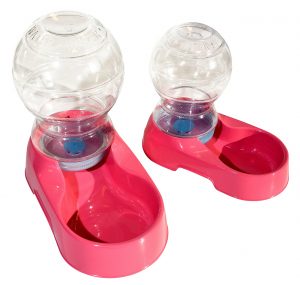 The UPF-30 was installed recently at Moderna’s American plant in Gaffney, S.C., and runs alongside its existing injection molding machine. PET Technologies technicians were on hand to commission the new machine and to give tutorials to the new operators. A second installation at Moderna’s headquarters in Belgium is scheduled for the near-future.

The machine installation in Gaffney is the second in the U.S. for Neunkirchen, Austria-based PET Technologies since the machinery maker set its sights on cracking the North American market last year. The first PET Technologies automatic blowing machine – an APF-3002 with 3,000 bottles per hour output and a bottle volume up to 3 litres – was put into operation at a customer’s plant in Arizona in June.

Founded in 1999, PET Technologies’ equipment has been installed in more than 40 countries in Europe, the Middle East, and Asia; and now, with the development last year of its APF-Max stretch-blow molding machine with four-, six-, and eight-cavity configurations and output up to 14,000 bottles per hour, the company is determined to make its mark in Canada, the U.S., and Mexico.

Another prong in PET Technologies’ expansion strategy involved finding a North American sales representative. The company appointed Chicago-based Sopro Machinery LLC as its exclusive distributor in Canada and the U.S. two years ago.

PET Technologies’ has also beefed up its manufacturing capabilities to assist with its foray into North America. “We opened a new 4,000-square-meter manufacturing plant in Chernihiv, Ukraine a few years ago,” Tsallagov said. “The facility has two R&D departments: one for machines and one for molds. And then in January 2018 we opened an adjoining 1,500- square-meter, two-storey office complex.” While PET Technologies machines are designed at the company’s headquarters in Austria, all the parts are produced and assembled in Chernihiv. “We don’t outsource anything,” Tsallagov said. “We do all the manufacturing and assembling of machines ourselves. Our company is interested in the future – we’ve done the prep work and are ready to expand into North America, and we’re beginning to see some good results.”