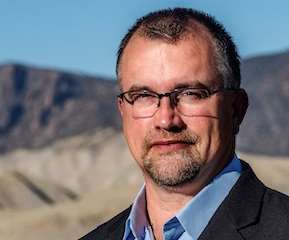 Rich Oles, a 33-year veteran of the tooling, injection molding, and hot runner industries, is the new head of the Torrence, Calif.-based company, which is also being merged with Oles’ former consulting company ROI Group.

Alba is now jointly owned by Oles and John Dineen. Dineen, a 20-year industry veteran who purchased Alba in 2013, will now serve as the company’s CFO.

Oles, 52, assumed his position on November 1.

The merger is designed to expand Alba’s product and service offering to include injection molding consulting services, as well as Alba’s existing portfolio of Babyplast micro injection molding machines, Vega hydraulic cylinders, and peripherals and mold components sold under the Alba brand.

“From the day I met Rich in May of 2015, I thought he was exactly the type of leader Alba needed,” Dineen said. “Nearly four years later, and now that he and I have found a way to merge our businesses, I am thrilled he has joined Alba.  More critically, Alba’s clients and manufacturing partners should be equally happy, as Rich brings to Alba a keen intellect and decades of experience spanning all major injection molding disciplines.”

Oles began his career as a journeyman moldmaker and rose quickly to serve as engineering manager for Standard Tool and Die in Stevensville, Mich. From 1999 to 2012, he was North American president and CEO of Softline Corp., a hot runner supplier, and its successor organization, PSG Plastic Service Group. He then served as director of molding and tooling manager at Stone Plastics, a mid-sized molder focusing on the automotive market. In 2015, he founded the ROI Group.