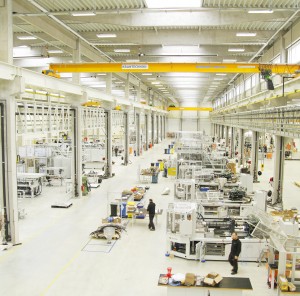 The plant is over 11,000 square meters – with a planned addition that will add 4,000 square meters – and employs over 90 workers. “To date things have operated well beyond expectations and as a result have seen 100 per cent on-time delivery of all machine orders,” the company said in a statement.

The Polička factory is Milacron’s second site to make blow molding machines. The company manufactures them at its facility in Afton, Ohio, as well.