Engel subsidiary Wintec making moves in China and the Americas

Michael Feltes is the new president of sales and service for Wintec in China, and Peter Auinger will head Wintec's operations in the Americas.

Injection molding machine maker Engel Austria GmbH is making promotions to beef up the sales and service segments of its Wintec subsidiary in China and North and South America.

Changzhou, China-based Wintec is now under new management. Michael Feltes has transitioned from Engel’s headquarters in Austria to Wintec as president of sales and service. Feltes has been with Engel for three and a half years, most recently with the business unit packaging division at Engel’s headquarters in Schwertberg, Austria. “Michael Feltes is bringing comprehensive sales experience into his new position and is also a China expert of long standing,” Dr. Christoph Steger, CSO of the Engel Group, said in a statement.

Wintec was founded in 2014. Initially only available in Asia, the subsidiary now sells injection molding machines into such markets as Iran and South Africa.

And next month, Wintec is taking another big step and expanding its sales to the U.S., Canada, Mexico and Brazil. The sales and service management in America is being taken on by Peter Auinger, who will be reporting to Feltes as president of Wintec Americas. 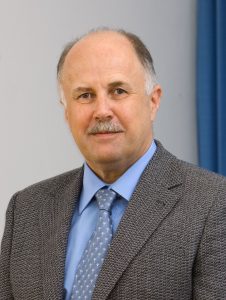 Auinger has been with Wintec from the start. Prior to 2014, he managed the sales and service branch of Engel in Mexico.