Ned M. Bassil will replace Pierre Khattar as the head of the Virginia-based company. 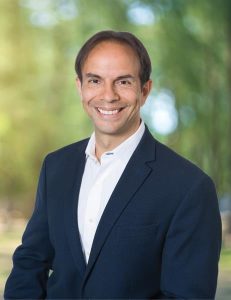 Doswell, Va.-based Indevco North America, a maker of plastic film and packaging, has named Ned M. Bassil as its new CEO, replacing Pierre Khattar, who will transition to the company’s Board of Directors.

In an Aug. 29 news release, Indevco officials said that Bassil brings more than three decades of experience in top leadership roles and across functions, “at a time when the group is poised for further rapid growth in the flexible packaging, recycling, coating and laminating, and building material industries.”

Bassil previously served as operating partner at Beckway Group, where he interfaced with a range of industrial and consumer product goods (CPG) clients. Prior to that, he held executive positions at PrimeSource, BlueLinx, SSA & Co., Black & Decker, and Royal Philips Electronics.

Outgoing CEO Khattar has worked with Indevco companies for four decades, including nearly 30 years as Chief Financial Officer and Senior Vice President of Finance at Interstate Resources Inc. and later as CEO of Indevco North America. In his most recent role, Khattar advanced operational excellence and embedded product innovation, customer experience, and value-led sustainability as key components of the corporate strategy, said the company.

Indevco North America is part of Indevco, a Lebanon-based supplier of converting machinery, raw materials, and packaging, as well as disposables and renewable energy products.