The Swiss-based mold steel supplier has named Dr. Florian Geiger to the role, replacing outgoing head Gerd Münch, who is stepping down. 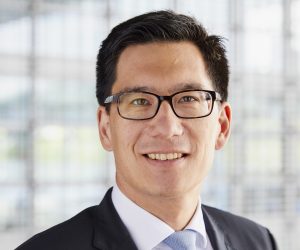 Schmolz + Bickenbach veteran and current Steeltec CEO Gerd Münch is stepping down on Dec. 31. Münch spent a total of 28 years at the company, where he held a range of roles and responsibilities, including the last 14 years as CEO.

In a statement, Schmolz + Bickenbach said that Geiger worked “for many years as a management consultant to numerous international companies where he specialized in corporate performance.” In 2013, the statement said, Geiger joined Schmolz + Bickenbach as vice president for business development. “Among other achievements, he led the negotiations for the creation of a joint venture in China and for the acquisition of Ascometal in France,” the statement continued. “He also successfully implemented a range of projects designed to improve transparency and cooperative work practices within the Group.”

Bright steel is usually a carbon steel alloy which has had the surface condition improved by drawing, peeling or grinding over the hot rolled finish supplied by the steel mill.