Monster had a long career in resin distribution, most recently as the founder and president of Monster Polymers Inc. in Honey Harbour, Ont. 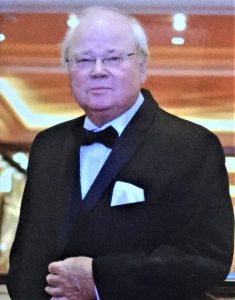 Most recently the founder and president of resin distributor Monster Polymers Inc. in Honey Harbour, Ont., Rod Monster got his entry into plastics through his father Jack, a pioneering figure in the industry who was the president of Wilmod Industries Inc., a plastic machinery and materials distribution business in Toronto in the 1940s, which sold one of the first injection molding machines in Canada in 1949.

Rod Monster worked at Wilmod in his spare time as a boy and also into the early 1960s while pursuing a business degree from Ryerson Polytechnical Institute Toronto. After graduating from Ryerson, he began his professional career at Greenline Plastics. In 1971 he founded the compounding and distribution firm Albis Canada Inc., the Canadian arm of a German multinational plastics corporation. Over the next 20 years, as president and CEO, Rod Monster built Albis Canada into one of the largest state-of-the-art plastics compounding and distribution facilities in the country.

In 1990, he then founded Monster Polymers Inc. with his lawyer and business executive wife Sterling, and the two built the company into one of Canada and America’s best-known resin trading and distribution companies, with offices and customers in both Canada, the U.S., South America, Europe, and Asia.

Monster Polymers will continue to operate under Sterling Monster’s stewardship.