Leadbeater, 97, was the co-founder of prominent custom molder Toronto Plastics in 1949, and an innovative, lifelong member of Canada’s plastics industry. 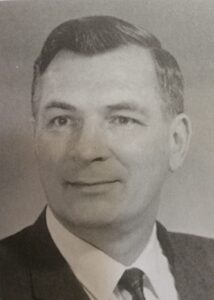 Lloyd Leadbeater, a pioneer in Canada’s plastics industry, passed away on May 15 in Lindsay, Ont., aged 97.

Born in Toronto, Leadbeater trained as a toolmaker and started making molds and dies for plastics in 1943 at Cochrane Tool & Machine Co. In 1949 he co-founded custom injection molder and extrusion shop Toronto Plastics Ltd. with two partners and served as the company’s longtime president. Toronto Plastics began with a single injection molding machine and under Leadbeater’s guidance it grew into one of Canada’s premier full-service molders – eventually operating 28 injection presses and four extruders in an 85,000-square-foot factory – and produced some revolutionary plastic products: In 1960, the company developed the first all-vinyl window sash for customer Weather Seal Manufacturing; and in 1969, it worked with sports equipment maker Cooper Canada Ltd. to design and manufacture plastic helmets as well as the wildly-popular plastic road-hockey stick replacement blades.

Toronto Plastics was sold to Smith & Nephew in 1971 but kept operating, and Leadbeater switched his role to general manager until his retirement in 1983. Toronto Plastics ceased operating in the early 2000s.

Leadbeater was an early proponent of the now-popular idea that senior management needed to spend time on the shop floor as a way of gathering information, and in an era before sophisticated machine sensors and connected technology his toolmaking background was invaluable in this. “I always circulated around the plant because the plant talked to me,” he explained in an interview in the 2017 book Canadian Plastics Pioneers. “Each machine and pump had a different tone and vibration, so when I paid attention they would tell me that I already had a problem or whether I should expect one.”

Leadbeater was also one of the first plastics shop owners in Canada to realize the value of making connections to, and recruiting from, universities and colleges; beginning in 1965, Toronto Plastics began hiring two graduates a year from Ryerson Polytechnic’s three-year polymer course, and later hired graduates from George Brown’s two-year plastics course and from numerous university engineering programs. In this way Leadbeater was instrumental in beginning the careers of many well-known Canadian plastics professionals, including Frank Maine and Bob Davies. “Lloyd was a real mentor to me and many others, and I learned from him what a good plastics manufacturer should be,” Davies told Canadian Plastics. “He was always pushing the state of the art in molding machine development, tooling innovation, and new plastics, and was up for any manufacturing challenge, no matter how difficult: once you made your case, he would take the risk and let you run with it. We were making short runs at Toronto Plastics of 20,000 parts or less, so there wasn’t any room for error, and Lloyd had a great ability to analyze and get to the root of any problem.”

In 1964, Leadbeater was among the first 17 charter members of the newly-formed Canadian Plastics Pioneers association, and later served as its treasurer for many years; and in 1970 he was named Leader of the Year by SPI Canada, the forerunner of the Canadian Plastics Industry Association.