Berggren was the founder of Mould-tek Industries and Berg Chilling Systems. 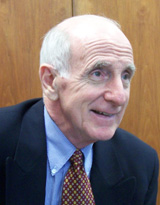 Berggren, founder of Mould-tek Industries Inc. and Berg Chilling Systems, passed away on April 27 in Toronto. He was 83.

In 2007, Berggren sold Mould-tek’s bulk handling manufacturing division to Wittmann Canada. He retired from the industry that same year. Berg Chilling Systems is now owned and operated by his son Don as president; Berggren had remained as chairman of that company.

In recognition of his accomplishments, Berggren received a Lifetime Achievement Award in 2007 from the Canadian Plastics Industry Association, as well as the Canada Export Award in 1998.

In 2010, Berggren contributed $100,000 to establish a scholarship at his alma mater, the University of New Brunswick. Designed to support students in the mechanical engineering program who have an interest in entrepreneurship, the Lorne Berggren Scholarship provides $10,000 to campus students.