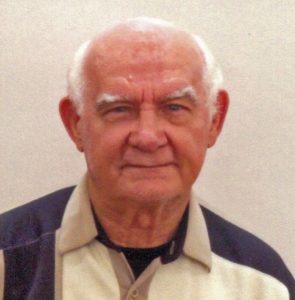 Leroy (Lee) Boser, a U.S.-based expert in thermoforming technology who worked for Spartech Corp. and other companies for nearly four decades and authored two well-known thermoforming manuals, has been presented with a Lifetime Achievement Award by the Society of Plastics Engineers (SPE) Thermoforming Division.

The Division’s Executive Committee presented the award to him on September 10, during SPE’s Thermoforming Awards Dinner at the Hilton Milwaukee City Center Hotel in Milwaukee, Wis.

Boser began his career in 1967 as a plant supervisor with Uniroyal. After 11 years, he left to become general manager at Riblet Plastics, where he worked for six years until returning to Uniroyal in 1985.   Fifteen years later, Uniroyal’s sheet business was acquired by Spartech and Boser became the chief sales engineer until he retired in 2005. He now serves as a thermoforming engineer consultant to many of Spartech’s customers.

“[Boser] played an instrumental role in the introduction of Spartech’s Royalite and Royalex materials,” SPE said. “Royalite sheet is an engineered thermoplastic alloy designed for aviation, mass transit, medical and building and construction applications and meets stringent flame and smoke requirements. Royalex contains a post-foaming technology which was used extensively in the manufacture of high-end canoes.”

Boser holds a Bachelor of Science Degree from the University of Illinois. A longtime member of SPE, he joined the Board of Directors of Rotational Molders in 1980, and served on their board for five years.  He currently resides in Elkhart, Indiana.