The position of president has been absorbed by Engel’s new management board, led by CEO Mark Sankovitch. 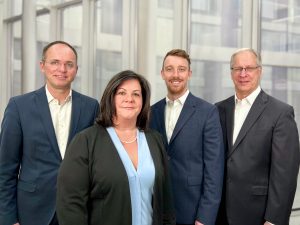 The position of president has been absorbed by Engel’s new management board, led by CEO Mark Sankovitch, which was created in September 2021.

Caprio joined Engel as president in January 2020, following a 25-year stint at Krauss-Maffei Corp., where he also served as president beginning in 2009.

In a Feb. 2 news release, Engel officials said that the new board “reaffirms the continuous commitment of Engel to support its customers in the United States and Canada.”

“We promoted from within,” Sankovitch said. “Engel North America focuses on developing employee talent – from our successful apprentice program up through the ranks.”

In addition to Sankovitch, the management board in North America is made up of chief operating officer Vanessa Malena, who will lead after sales service, automation, and engineering; chief sales officer Benjamin Lettner, who is responsible for sales, marketing, and application engineering; and chief financial officer Johann Dastl, who continues to manage finance, human resources, and information technology.

“This team of talent is ready to work long into the future for many years to come supporting our customers with effective decision making and drive,” Sankovitch said.

Engel extended its gratitude to Caprio “for the role he has played in the last two years” in the news release.