Engel Used Machinery will buy back both injection molding machines and used robots from the Engel series, and then refurbish them for resale.

The newly founded company is headquartered in Prague, Czech Republic. “Eastern Europe is the largest and fastest growing market for pre-owned injection molding machines,” Leopold Praher, general manager of Engel Used Machinery, said in a Dec. 16 statement. Praher has been with Engel for more than 30 years, most recently as sales manager Elast/LIM. He will temporarily continue to serve in that role as well, in preparation for what Engel calls “an orderly succession” within the Elast/LIM division. 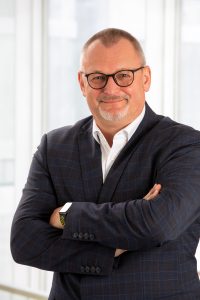 Engel Used Machinery will buy back both injection molding machines and used robots from the Engel series. The company will then refurbish the products prior to reselling these on the market.

“In some cases, a second-hand production cell is the only option,” Dr. Christoph Steger, CSO of the Engel Group, said. “We want to offer our customers a high-quality solution for this requirement, too.”

The repurchased injection molding machines and robots are reconditioned in-house, Engel said, and the company has created the capacities required for this at its production plants in Austria and the Czech Republic.