The acquisition is designed to strengthen Arburg's expertise and electric drives portfolio. 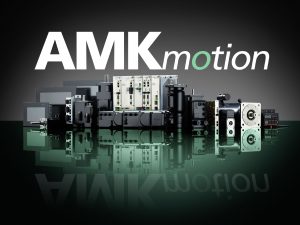 Headquartered in Kirchenheim under Teck, Germany, AMK has a product portfolio of motors, electrical drive systems and control technology, and industrial automation technology. The company has been a development partner of Arburg for more than 20 years, and its company name will now be changed to AMKmotion GmbH + Co KG.

In a Jan. 18 news release, Arburg said it plans to retain the AMK employees and keep open the sites in Kirchheim and Weida, Germany, and Gabrovos, Bulgaria.

“We are very confident about this important acquisition,” Michael Hehl, managing partner and spokesman of the Arburg management board, said in the statement. “This underlines the importance of electric injection molding machines, whose share in our portfolio has been growing steadily for years and still has plenty of potential for the future.”

AMK’s development partnership with Arburg in the engine sector first began in 1994, Arburg said in its statement, and “an important milestone of the successful collaboration was the market launch of the first electric series machines, the Alldrive series, in 2001.” Since then, the Allrounder A machines have largely been equipped with AMK drive components. In 2013, Arburg recognized AMK and its drives with one of its efficiency awards for energy optimization, environmental protection, and resource conservation.

Arburg’s acquisition of the AMK division went into effect on Jan. 1, 2021