He succeeds William J. Murray, who is retiring after 41 years with the company. 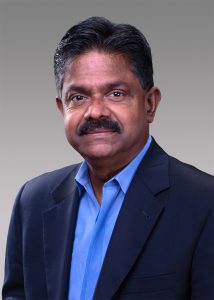 Material supplier Teknor Apex Co. has appointed Suresh Swaminathan as its new president. He succeeds William J. Murray, who is retiring after 41 years with the company.

“In 32 years with Teknor Apex, Suresh has gained wide experience in technology, manufacturing, sales, and business management, and he has played an important role in our worldwide expansion,” Jonathan D. Fain, Teknor Apex CEO and chairman of the board, said in a statement. “Under his leadership, Teknor Apex will continue to strengthen its commitment to innovation, global growth, and localized service to customers.”

Swaminathan joined Teknor Apex as a process engineer in 1987 after receiving his MSc degree in polymer engineering from the University of Akron. Subsequently he served as a technical manager, then as a plant manager, before taking on business development responsibilities for the company’s TPE products. Eventually he took charge of the TPE business and was instrumental in making it a global enterprise, playing key roles in three acquisitions. Upon his promotion to senior vice president, he took on leadership of the color masterbatch business as well as TPE. In 2018 he became executive vice president, continuing to oversee the TPE and colour businesses while supervising all operations in Europe and Asia.