Blow molded parts picked up the majority of awards at the Plastics for Life Global Parts Competition held by the Society of Plastics Engineers during its recent Antec 2018 event, held from May 7-10 in Orlando, Fla.

Blow molded parts picked up the majority of awards at the Plastics for Life Global Parts Competition held by the Society of Plastics Engineers during its recent Antec 2018 event.

Antec took place from May 7-10 in Orlando, Fla., alongside the NPE trade show.

A panel of judges selected the winners from among parts that had already won in competitions at SPE conferences during the past year. In addition, a People’s Choice award was presented to the part that received the greatest number of votes from Antec attendees.

The award categories and winners are: 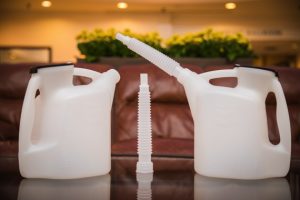 The Grand Prize and Sustaining Life award winner went to a motor oil dispenser with a flexible spout and hinged lid. Molded by Silgan Plastics for Chevron Havoline oil, the reusable dispensing containers are used by automotive service shops, allowing them to reduce the use of plastic motor oil containers. Design features such as the spout, handles, and mouth allow for ergonomic use and can reduce product spillage. 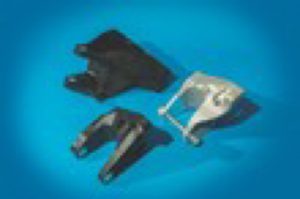 The People’s Choice and Protecting Life awards both went to the 2017 Chevrolet Traverse for a clevis bracket called the first composite mount designed for a six-cylinder engine. The injection molded nylon part replaces metal components, resulting in a 45 percent weight savings. Other benefits include a reduction in cabin noise and corrosion resistance, and the part can be recycled at end of life. 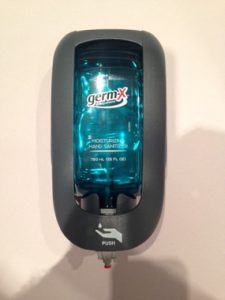 Molded by Silgan Plastics on a six-cavity mold running on a Nissei ASB blow molding machine, an OmniPod dispensing system for Germ-X hand sanitizer won the category of Improving Life. The OmniPod system has just four components – much fewer than other systems – and displays the brand on the outside front panel of the bottle. 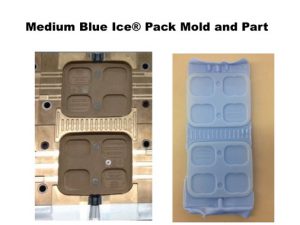 The Quality of Life Award went to the Medium Blue Ice Pack from Rubbermaid, in which food stays cool using the modular containers that snap together in multiple configurations. The part had been made in single-cavity molds with side needle blowing, but designers looked for a change after issues with consistency on the port/fill hole formation, the formation of the seat for the plug weld and low-volume output. The part was developed with assistance from blow mold maker FGH Systems Inc., and is designed so a top and bottom calibration blow method could be used to improve the part quality and production output for an overall cost savings goal.