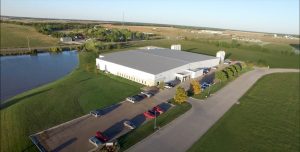 The deal comes six months after Novi, Mich.-based Revere’s acquisition of its first manufacturing facility in Mexico and increases Revere’s manufacturing footprint from eight to nine locations throughout North America, including in Brampton, Ontario.

“We are extremely excited to add Ferguson as our fourth acquisition and our fifth new facility over the last 2 ½ years,” Revere CEO Glen Fish said in a news release. “Ferguson [has] a history of impressive growth, a strong management team, and many capabilities that complement Revere’s existing portfolio.”

Ferguson operates 36 injection molding presses ranging from 55 tons to 1,750 tons, as well as other value-added secondary operations and assembly. The company currently serves a variety of industries, including agriculture, automotive, consumer, lawn and garden, pet care, and recreational vehicles.

“We are very proud of the business we have built since my father, Norlan Ferguson, founded the company in 1974 and since I purchased it in 2011,” Ferguson president Scott Ferguson said. “Our team has been able to grow the company and, with the resources that Revere brings to the table, we will continue this growth while delivering for our customers and stakeholders.”