Wagner, who was 95, began the plastic parts making business in 1948. 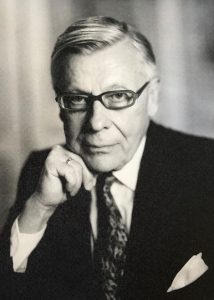 Wagner founded the family business in 1948 in the city of Rehau, Upper Franconia, Germany. In 1962, the company’s first plant outside of Europe was opened in Montreal. The firm works in the fields of construction, industry, and as an automotive supplier, and currently employs about 20,000 people in more than 170 locations.

“The founding of the company…marked the beginning of the manufacture of products made of polymer materials and thus the success story of a family-owned company that is still strongly characterised by the pioneering spirit of the company founder,” Rehau said in a Jan. 26 statement.

After five decades at the helm, Helmut Wagner handed over the management of the corporation to his sons in 2000: Jobst Wagner became chairman of the supervisory board, and Dr. Veit Wagner became the vice chairman.

“The great sympathy for the passing of our father comes from many regions of the world. We are very touched by this as a family,” Jobst Wagner said in the release. “It shows the great the legacy that Helmut Wagner has left behind as one of the pioneers of modern industry, a courageous creator and unwavering visionary. We will honour the memory of Helmut Wagner by resolutely continuing his impressive work. His entrepreneurial spirit will continue to guide us.”