The company will increase overall plant capacity by 50 per cent by adding 40,000 square feet of primary manufacturing and office space and up to 40 new jobs. “Our business has hit record levels the last several years and our products are being well received throughout the packaging markets in North America,” said Dana Hanson, PTi president. “We are planning for a sustained period of growth that will require expanded manufacturing resources.” 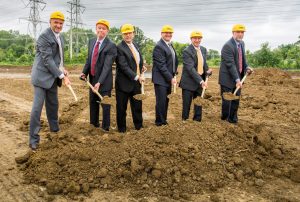 The new space is expected to be fully operational by November 2016.

The new space will feature a dedicated feed screw testing and development center along with an expansion of the current “dryer-less” twin-screw sheet extrusion demonstration center. The expansion will also include crane runways for primary assembly, production offices, new inventory and parts management space, and a multi-purpose employee space. PTi also expects to partner with OEMs and a range of thermoforming machine suppliers who would house machinery at the expanded facility.

PTi currently occupies 60,000 square feet of manufacturing space and employs more than 80 workers. The expansion will take its operation to 100,000 square feet and over 120 employees. Most of the new hiring will be for mechanics, electricians, and general production personnel.