Strall succeeds Charles Rogers, who will be leaving the company in early February. 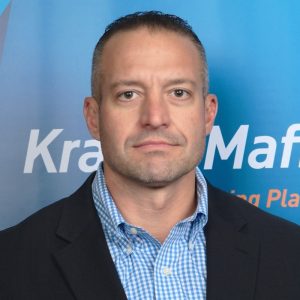 Strall succeeds Charles Rogers, who following a transitionary period will be leaving the company in early February.

Strall holds a Bachelor’s Degree in Industrial Technology Engineering, with a focus in Manufacturing Information Systems Technology, along with a Minor in Business Administration from Ohio University. Prior to KMC, Nolan’s previous employment included working at Siemens across multiple operating sites in various operational functional leadership positions.

“The team we are building here in Florence has a deep technical background in our core technologies, of course, but we’ve also added key leaders and intiatives in complimentary technologies, which will add new solutions for our existing customer base, as well as provide penetration into new markets,” Strall said in a statement. “It’s a humbling privilege to have the chance to support and lead the team in North America strategically and operationally as president, and I look forward to contributing to KraussMaffei’s positive development, especially with regard to growth through new markets and technology diversification.”

John Fini will succeed Strall in the role of vice president of DSS for KMC.