Coveris chairman Dave Mezzanote will fill the CEO role until a successor is found.

Gary Masse, the CEO of plastics packaging supplier Coveris, has stepped down from the company effective January 24, 2017.

Masse was hired by Chicago-based Coveris in March 2014. 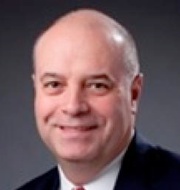 In a press release, the company said Masse had “decided the time is right to hand over Coveris to a new leader who can drive the next phase of growth.” While the company’s board of directors looks for a permanent successor, Coveris will be managed by Dave Mezzanote, who has served as its chairman since 2014.

Described as the sixth largest global plastics packaging company, Coveris was created in 2013 from the merger of several plastic packaging companies under common ownership by Sun Capital Partners Inc. were united.