Tooling will be strong through 2018: report

Automotive tooling demand looked strong through the first quarter of 2018, although payment times are getting longer, a new report from Harbour Results Inc. and the Original Equipment Suppliers Association says.

The automotive tooling industry should experience a strong year in 2018, a new report says, with key indicators – sentiment, back logs, and utilization – all positive.

“Although we believe 2018 will be a strong sourcing year for the automotive tooling market, we are seeing some indications of a return to more normal sourcing levels in the near future,” said Laurie Harbour, president and CEO of research firm Harbour Results Inc. (HRI), which compiled the survey report in partnership with the Original Equipment Suppliers Association (OESA). “Automakers are continuously making product changes in response to market forces, which makes this industry difficult to predict. It is important that shops stay vigilant, monitor industry data and be prepared to make quick decisions to stay profitable.” 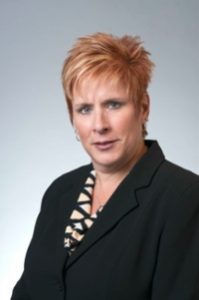 The survey included mold shops, die shops, and other related companies in the U.S. (56 per cent), Canada (37 per cent), Europe (five per cent) and Asia (two per cent). The size of tooling operations ranged from sales of less than US$5 million to more than US$40 million, with the largest grouping — 25 per cent — falling between the US$5 million and US$10 million range.

Sentiment also remains strong (80 per cent) with a slight increase over Q4 2017, the survey found. “Additionally, the cyclical nature of work on hold continues as it jumps to 11 per cent (from 8.4 per cent),” it said. “However, the overall downward trend continues and is expected to remain relatively flat throughout the remainder of the year.”

Over the past 12 months, the survey found, both die and mold shops have experienced strong capacity utilization (90 per cent and 81 per cent respectively). However, average throughput, a sign of efficiency which is strongly correlated to profitability, shows die shops are experiencing slightly higher efficiency levels than mold shops. “Levels of efficiency are all over the map independent of shop size; with some of the best being larger than US$40 million as well as smaller than US$5 million,” Harbour said. “This is likely the result of how busy a shop is as well as its commitment to improve operations, making them profitable regardless of market forces.”

For the first time, the study looked at die and mold shop liquidity, and the data shows that a shop’s liquidity is linked directly to payment terms and accounts receivable (AR) paid on time. The bad news? The trend for both of these factors continues to trend down, the survey found, with progressive payments terms dropping from 55 per cent in Q4 2017 to 51 per cent in Q1 2018, while AR paid on time dipped one percentage point during the same timeframe. “We feel the reason these two factors continue to trend down is twofold,” Harbour said. “First, the industry is starting to normalize, with supply out pacing demand. Second, the industry is coming off an unprecedented 18-months of tool spend – nearly US$15 billion in tools – which has cash tight across the automakers and Tier 1 suppliers. If payment terms and AR paid on time continue to decrease, this adds risk the tool and die industry. Additionally, if there is a small dip in the automotive market it could put many shops – particularly the small shops – in a challenging financial situation.”

HRI is headquartered in Southfield, Mich.