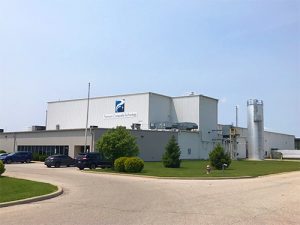 Headquartered in Franklin, Indiana, PCTNA was founded in 2009 as part of the Toyota Tsusho Group and primarily makes plastic compounds made from non-nylon resins for the U.S. market.

PCTNA has approximately 35 workers, and reports annual sales of about US432 million.

“[PCTNA] offers a quality management system primarily for Japanese automakers, and has established itself as a longstanding supplier to the auto industry with a strong reputation for quality,” Ube said in a March 23 press release.

Ube also said that ownership of PCTNA will enable it “to establish a North American base for manufacturing its own compounds, adding to its existing manufacturing bases in Japan, Thailand, and Spain.”

“With global operations covering the four regions of Japan, Asia, Europe and North America, [we] will be able to offer automakers (OEMs) and Tier 1 auto parts manufacturers a global supply network,” Ube said.