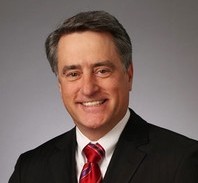 Mark Kay, an executive with Calgary, Alta.-based Nova Chemicals Corp., passed away on Oct. 19 while attending the K 2019 trade show in Dusseldorf, Germany.

Kay, 56, died suddenly of a heart attack, according to a notice posted by the Devlin Funeral Home.

Kay’s most recent position at Nova was as group leader, performance films, and he worked out of the company’s office in Cranberry Township. Pa.

He began his career with Nova in 1999, and held a variety of roles over the years. Prior to joining Nova, Kay worked at Exxon Chemical, Avery Dennison, and 3M. He held degrees from the University of Michigan and Northwestern University.

He is survived by his wife Susan, three adult children, and one grandchild.