Breen back as CEO as DuPont makes leadership changes

CEO Marc Doyle is being replaced by chairman Ed Breen after a management shakeup, and Lori Koch has been named as chief financial officer.

In a top-level management shakeup, chemical maker DuPont Inc. has ousted both its CEO and its chief financial officer. 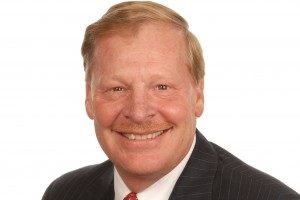 Breen was last at the DuPont helm several years ago when he oversaw the company’s merger and eventual split from chemical maker Dow Inc.

Both Breen’s and Koch’s appointments are effective immediately, DuPont said in a Feb. 18 statement.

“The board of directors has made these leadership changes to accelerate operational performance improvement and to more directly tap Ed Breen’s significant management experience,” the statement said. “As a result, Marc Doyle and Jeanmarie Desmond, who have served as CEO and CFO respectively, will depart the company.”

“Since he first assumed the chairman and CEO role of DuPont in 2015, Ed Breen led the company through an extensive transformation to further unlock the potential of its distinctive capabilities, innovative portfolio and deep customer relationships,” said Alexander M. Cutler, DuPont’s lead independent director. “After careful consideration, the board concluded now is the right time to make these leadership changes, including restoring Ed to the chief executive role to draw more directly on his substantial operating experience. The board is confident that together Ed and Lori will improve operational performance and ensure DuPont fully delivers on its significant potential for long-term value creation.”

Koch has been with DuPont for 17 years, including stints leading finance for several multibillion-dollar business units including Packaging and Industrial Polymers, Performance Polymers, and Performance Materials.

Former DuPont CFO Nick Fanandakis will serve as senior advisor to the CEO “with a focus on driving the restructuring effort,” DuPont’s statement added.