The Germany-based chemical maker said the job cuts will affect its administrative departments and the “indirect, non-operational functions” of its business divisions 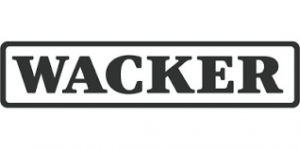 In a move that will save up to 250 million euros per year, chemical maker Wacker Chemie AG plans to eliminate more than 1,000 jobs by the end of 2022.

The downsizing is part of an efficiency program called Shape the Future, and comes less than a month after Wacker reported preliminary sales figures of 780 million euros in 2019, down 16 per cent form the 930 million euros reported in 2018.

In a Feb. 20 statement, Wacker said the job cuts will affect its administrative departments and the “indirect, non-operational functions” of its business divisions. “The main part of the reduction will occur at German sites, more than 80 per cent,” the statement said. “Together with employee representatives, [we] intend to prepare a package of measures to reduce the workforce in a socially responsible manner. Possible instruments include retirement, semi-retirement, and severance agreements.”

If the measures are successful, Wacker said, there should be no need for compulsory layoffs.

Wacker has a total of 14,500 employees worldwide, approximately 10,000 of whom work in Germany.