He becomes the third generation of his family to hold the role. 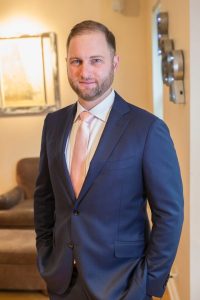 Robert Bunting succeeds his father, Bob Bunting, who now takes on the position of company chairman.

Robert Bunting earned a degree in business management at Rockhurst University in Kansas City, Mo., and worked as an insurance inside sales coordinator before joining Bunting’s Elk Grove Village magnet sales team in 2007. He advanced through external sales and global product manager roles with the company before becoming a general manager in 2016.