As they hit a milestone, the owners of rotational molder Techstar Plastics look back on four decades of stress and success. 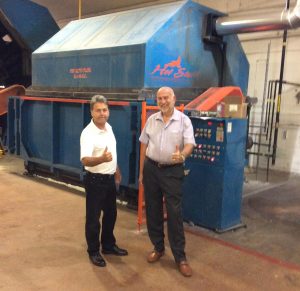 An old, widely used expression says that revenge is a dish best served cold. But for the founders of Port Perry, Ont.-based Techstar Plastics Ltd., revenge turned out to be better served between the traditional rotational molding temperature processing ranges of 460° and 600°F.

Techstar was founded 40 years ago when nine men in their twenties and thirties were fired from their jobs following a major disagreement with the owners of a rotomolding company in Toronto where they all worked. On April 14, 1978, they opened the competing rotomolding firm of Techstar in an industrial mall in Scarborough, Ont. – and four decades later, two of the original nine are still at the helm of what has grown to become one of the province’s biggest rotomolding outfits.

GOING IT ON THEIR OWN

The nine men had held executive, engineering, and senior sales positions at the unnamed company. “Together, we’d grown the annual sales from $300,000 to more than $2 million in four years, which is when management ordered us all to sign non-compete agreements – which we all resented because we had never considered setting up a competing shop,” said Bill Barnes, Techstar’s president and one of the nine founders. “When we were fired, we all lost secure jobs and good salaries. We’d been selling plastic containers and had learned a lot about what customers want and how to design them, but there was still a big risk involved in starting our own company, and we all felt the stress. We worked six days a week in the early days – and those who were able to afford it worked without being paid, including me – and we all took our turns on the shop floor making plastic boxes and bins for various industries.”

The business plan was straightforward. “From day one, our focus was on making products like bins on wheels that we felt were not being looked after properly. We also looked at products made of wood or steel and asked ourselves if we could make them better through rotomolding,” Barnes said. “We did a lot of cold calling back then, which was long before the Internet. We found ways to get in the front door and asked customers what we could make for them; and also used direct mail of our product brochures to send to potential customers.”

After a year and a half, the sweat equity was over: the firm was successful enough for Barnes and the others to finally start drawing salaries. And by 1980, the company the nine men had been fired from was out of business. “We bought part of what was left of it,” Barnes said.

By 1988, Techstar operated five molding machines, had gross sales of about $3 million annually, and was growing by 25 per cent each year, but the firm was occupying two locations at the industrial strip mall in Scarborough, which was cumbersome and inefficient, and management believed the time was right to relocate into a single facility. “We chose a 22,000-square-foot plant in Port Perry that had previously been a commercial bakery, so it was structurally well-suited for manufacturing,” Barnes said. “We’ve expanded it twice over the past 30 years, and now have 62,000 square feet.”

At present, the company also has four single station clamshell type rotomolding machines and one three-arm turret machine producing a wide range of proprietary products, including a line of material handling products – including salt storage bins and bulk laundry trucks – commercial recycling containers, and products for the marine industry such as dock floats, five-step dock stairs, and four-step dock ladders. “We have a good mix of seasonal and non-seasonal products, and they keep us operating 24 hours a day, five days a week,” Barnes said. Ontario is the company’s major market – representing about 75 per cent of sales – with the remainder of products shipped to customers in the rest of Canada and North America. 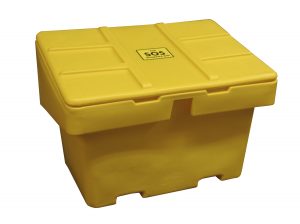 And business is booming. “Our sales grew by 15 per cent last year, and will increase by another 15 per cent this year,” Barnes said. Which might seem strange, because the rotomolding industry in Canada – a small sector to begin with – seems to be getting smaller, for a number of reasons. “In the first place, the manufacturing base in Ontario is in trouble, period, due to rising industrial energy costs,” Barnes said. “Second, there have been a lot of company takeovers and consolidations by bigger rotomolding corporations. And third, injection molders and blow molders are always trying to pick off rotomolding accounts – we’ve had recycling products of ours copied and made by non-rotomolders, for example.”

A saving grace is that there are benefits to rotational molding that other plastic molding process methods can’t match, said Dave Taylor, Techstar’s vice president, manufacturing, and a co-founder along with Barnes. “The process fits any size from the tiniest to massive septic tanks, which means that there is a room for flexibility as compared to other systems,” Taylor said. “Rotomolding can also provide a lot of variety in the manufacturing phase: it can make complex designs and shapes, especially moving sections. It also offers consistent wall thickness, and the molds also tend to cost less than in other molding methods.”

Another way in which rotomolding occupies its own separate place in the plastics processing universe is that development can be limited and progress slow – which, ironically, benefits not only Techstar but every other rotomolder. “There hasn’t been a fundamental change in rotomolding in decades, which means we don’t have to invest in new machinery at the same rate as injection molding and extrusion shops do,” Barnes said. “There is machinery that has come out recently with better control and monitoring capabilities, and new resins and additives are available that offer better UV protection – and we invest in these – but the actual process remains the same, and the cycle times remain the same.” Which can be a mixed blessing. “The cycle times are slow and the volumes in rotomolding are low – projects of between 50 to 30,000 parts are ideal,” Taylor said. “For anything beyond that, another molding process becomes preferable. This tends to keep the high-volume processors from branching out into rotomolding.”

It also means that when Techstar goes head-to-head with other rotomolding shops, it has to win on something other than faster part production. “We all have the same chance to run at optimal cycle times, so the difference comes down to how you run your equipment and how you maintain it,” Taylor said. “Mold changes take some time in rotomolding, so you have to perform them better than the competition. You also have to be smart in scheduling preventative maintenance so that you don’t sacrifice time there, either. These are the areas where one rotomolding shop can beat another, and this is where we’ve really streamlined our operations.” 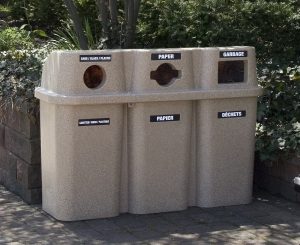 And since there is a heavy dependence on manual labour and operator skill in rotomolding, the quality of a company’s workforce definitely matters. “We invited all of our employees to move with us to Port Perry in 1988, and most of them did,” Barnes said. “Some of these original workers are still with us today, and many others have been with us for 20 years or more. We have a total of 40 workers today, and their expertise is a big part of our success.”

As they look back on four decades of prosperity, Barnes and Taylor are confident they know what they’ve done right. “From a management point of view, the key to our success has been to give people jobs to do and then leave them alone to do them,” Barnes said. “I don’t tell Dave how to run the plant or how to solve problems on the shop floor, and he doesn’t second-guess the business decisions I make.”

And you can add a healthy dose of resilience to the mix. “Our product offerings have evolved as the times have changed,” Taylor said. “When there was a larger manufacturing base in Ontario we had certain product lines, such as tote boxes. Now we tend to focus on end user products.”

Last but definitely not least, Barnes and Taylor – the last men standing from the original nine renegades – still enjoy what they do. “Rotomolding is still fun for us,” Taylor said. “We don’t make disposable single-use items, so we don’t have the same problems with product bans as the straw makers and bag makers do, which is part of it. It’s been a great ride and we’re still excited to be doing this.”

So forget about serving it cold or hot – the best revenge, as another saying goes, might just be living well.