Created by Mississauga, Ont.-based packaging design firm KBS Impact Inc., the lids can save container weight – and costs – by using a peelable in-mold label that that acts as a tamper-evident seal.

Today’s cutting edge plastic bottles and containers have one thing in common with all those European supermodels you see starved to within an inch of their lives: just when you think they can’t possibly shed any more weight, they do. 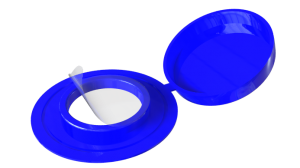 KBS has actually developed two variations of the technology, one of which is patented and the other of which has a patent pending. Both concepts use functional in-mold labeling – or FIML. And according to KBS owner/partner Stephen Robert, both also have the potential for use in a wide range of plastic containers, including ketchup, mustard, salad dressing, vitamins, drink powders, liquid bath soap, non-dairy creamers, coffee, over-the-counter drugs, and personal care products in squeeze tubes.

The patented variant is called U10Seal. “Our design involves having a preprinted IML label placed in an injection mold and then a ring of plastic being molded against the outer perimeter,” Robert said. “This ring is later ultrasonically welded to a flange on the container body. The value-added feature is a plastic spoon that’s molded onto the centre of the IML film. When the film is peeled off to open the container, the spoon can be pulled off the film.” Target packaging applications for U10Seal include many single-serve consumer products, he continued. “Yogurt, pudding, dry cereal, dry noodles, or other spoonable foods in wide-mouth tub-style containers would all be good fits for this concept,” he said.

The patent-pending variant of this technology is dubbed UfLIPseal. “UfLIPseal uses FIML in a way that enables the design of consumer-friendly and operationally efficient caps and closures,” Robert said. “A peelable IML is placed into the mold cavity; the UfLIPseal lid is molded in the open position, and the label adheres to the plastic lid. The lids are designed with an annular lip to fit on bottles or containers.” Finally, the cap is closed as part of molding automation. “This is the form in which the cap is packaged and shipped to the brand owner,” Robert said. 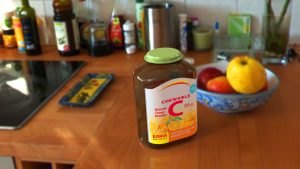 A vitamin bottle with reduced neck height with UfLIPseal.

Once the bottle or container has been filled, the entire UfLIPseal lid assembly is ultrasonically welded to the product on the filling line in a one-piece, one-step solution. “Then the consumer simply peels off the IML film using a free-standing tab,” Robert said. “There’s no need to take off the whole cap and replace it since the cap is permanently joined to the container. It’s a big benefit for the consumer.”

UfLIPseal also offers a number of manufacturing benefits for converters and brand owners, Robert said. “Eliminating threads in the overcap removes weight from both the cap and container neck, saving several grams of plastic,” he said. “It also simplifies injection tooling, reduces the cycle time, and opens up new design options since the cap and container neck don’t have to be round.” Additional weight is removed by eliminating the neck overwrap and the induction-sealed foil composite. “We can also reduce the overall closure height of the package by eliminating the threads on the bottle,” Robert said. “And the ultrasonic welding uses only about 20 per cent as much energy as traditional heat sealing.” 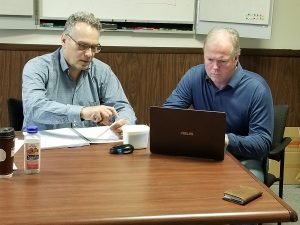 Founded in 2009, KBS is led by Robert and partner Bill Traynor, both 20-year industry veterans who gained in-depth thin-wall packaging experience with Toronto-based Polytainers Inc. At present, Robert and Traynor are looking for development partners to help commercialize the U10Seal and UfLIPseal applications or license the technology. “The packaging industry has already incorporated many of the simple ways to lightweight plastic bottles,” Robert said. “From here on, removing weight will involve new approaches to bottling technology and packaging designs. We believe that brands that utilize our concept can really take the lead.”