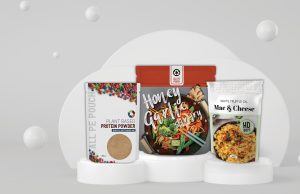 “Being able to produce HDPE-based oriented films is a significant step towards our industry’s goal of 100 per cent recyclable packaging,” said Owen Lightbody, Nova’s application development and circular economy leader.

“According to our April 2022 consumer survey on plastics, packaging and sustainability, half of consumers aged 45 and under reported deliberately purchasing products because the package included a made from recycled materials label,” said Bill Pardo, Nova’s food packaging market manager. “This research further supports our focus on oriented PE films for recyclability.”

A second development builds on Nova’s introduction last year of its BOPE-HD technology that enables the manufacture of all-PE, recyclable multilayer film structures with significantly improved physical performance versus blown film. Now, the company’s new Isurpass TX150-A is said to enable an all-PE biaxially oriented print web, which can be laminated to an all-PE sealant web for complete recyclability. “In the last year, several film formulations have been successfully scaled up from pilot scale equipment to commercial lines,” Nova said. “[We are] working with film producers across multiple regions to establish a global supply of commercial BOPE-HD films.”