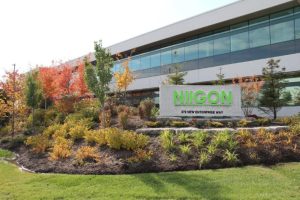 Canadian injection molding machinery maker Niigon Machines Ltd. has filed for bankruptcy and is in receivership.

Reported by other industry news outlets, the developments were confirmed to Canadian Plastics by Paul J. Denton, managing director, restructuring at Toronto-based financial consultants Farber Group. “Niigon Machines Ltd has filed for bankruptcy and is also in receivership,” he said in an Oct. 6 email.

Niigon was founded in 2008 under the original name of Athena Automation Ltd. by Canadian plastics pioneer and industrialist Robert Schad. Schad, who is now 91 and a member of the Plastics Hall of Fame, had founded Husky Injection Molding Systems in 1953, and sold that company in 2007.

Athena changed its name to Niigon – which means “for the future” in indigenous Ojibwa – in 2018. In a statement at the time, Schad said that the new name “allows us to emphasize our business objective of becoming a global leader in customized injection molding machines.”

Niigon manufactured eight basic models from 30 to 600 metric tons, addressing what the company called “60 per cent of the injection molding machine market.” Most recently, the company operated out of a custom-designed and custom-built 155,000-square-foot just-in-time manufacturing plant in Vaughan that opened in 2016.

Among Niigon’s customers was injection molder Molded Precision Components in Oro-Medonte, Ontario, which has used machines from Niigon to produce Health Canada-approved Shield-U protective face shields during the pandemic.