The deal is prompted by policy and industry commitments to the Canadian circular economy, EFS officials say. 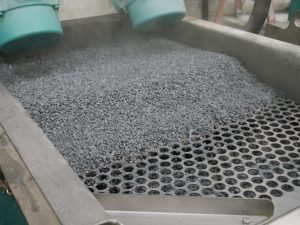 Both companies will continue to operate under their organizational structures, officials with Listowel, Ont.-based EFS said in a news release.

Founded in 1992, Exi-Plast is headquartered in Huron Park, Ontario.

“Having worked closely with EFS as a supplier since 2016, it felt natural for Exi-Plast to join the EFS Group of Companies,” said Exi-Plast president Jeffrey Lang. “With EFS’s backing, we are looking forward to increasing our production capacity and upgrading equipment over the next several months.”

EFS said the acquisition fits into its goal of reducing plastic waste by replacing the use of virgin plastic with low-carbon recycled plastic. “By purchasing Exi-Plast, [we] can directly manufacture finished products with high levels of post-consumer recycled plastic for its customers,” the company said. “Given the commitments made by brands and the Canadian federal government to increase their use of post-consumer recycled plastic, this enhanced vertical integration will allow EFS to recycle higher volumes of plastic collected from Canadian households.”

“As we closely watch action being taken by both the federal government and the private sector, we see the increasing demand for recycled content as a lasting trend,” EFS president and CEO Martin Vogt added.