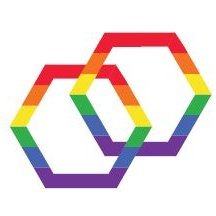 The new division was launched on July 2.

The result of a transaction between CIAC, which is headquartered in Ottawa, and Toronto-based CPIA that was set in motion in 2019, CIAC now represents the entire plastics industry value chain from resin producers and raw material suppliers to processors and converters, as well as equipment manufacturers, recyclers and brand owners.

“CIAC is delighted to be launching the Plastics Division at a time that is both challenging and exciting for Canada’s plastics industry. The Plastics Division and its members will focus their efforts on advancing sustainable solutions for the development of a circular economy for plastics in Canada,” said Bob Masterson, president and CEO of CIAC. “The Division is committed to promoting responsible plastic production in Canada while working toward reducing and eliminating plastic pollution from the environment, all in support of a robust Canadian economy.”

“By combining forces with CIAC’s respected and pragmatic advocacy team, Plastics Division members will work collaboratively with other plastics value chain interests in Canada, and with like-minded interests in North America and globally to ensure a coordinated and effective approach to plastics public policy issues,” Masterson continued. “By bringing together members of both the chemistry and plastics sector, the Division will be able to respond more quickly in today’s very dynamic environment for plastics. And it will do so with a single, strong, and united voice.”

CIAC will announce its Plastics Division vice president in August, as well as the rest of the Division’s team. CPIA president and CEO Carol Hochu left CPIA in mid-March, and former CPIA board member Jon Pyper has served as the association’s interim transition leader until now. Three Plastics Division members will be added to the CIAC Board of Directors at its Board meeting in October.