The Lancaster facility represents an initial investment of approximately US$60 million, and will be Magna’s first dedicated seat structure plant in the U.S. 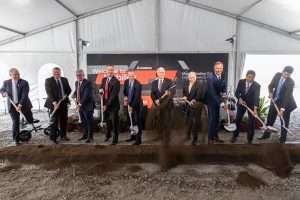 The facility represents an initial investment by Magna of approximately US$60 million, and is part of the Aurora, Ont.-based firm’s efforts to expand its seating business – it will be Magna’s first dedicated seat structure plant in the U.S. and will feature robotic laser and MIG welding capabilities.

Lancaster is located about 50 kilometers southeast of Columbus.

The new seating plant is expected to be operational in the first quarter of 2020 and employ 300 people by 2021, with the possibility for future growth.

In a July 30 statement, Magna noted that the facility is “strategically located” to provide seat structures to its customers, starting with a new plug-in hybrid vehicle for a global automaker.

Magna currently has four manufacturing operations and employs approximately 2,700 people in Ohio. The new seating facility in Lancaster will be Magna’s fifth location in the state.