With a production area measuring 6,000 square meters, the plant has the capacity to produce more than 360,000 seat sets per year. 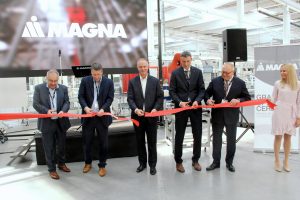 Magna International Inc. has opened its second seating business and facility with BMW Group, this one located in Chomutov, Czech Republic.

The new plant, which will employ about 300 workers by the end of next year, will be supplying seating systems in various configurations for several BMW models for the European market. With a production area measuring 6,000 square meters, the plant has the capacity to produce more than 360,000 seat sets per year, Magna said in a statement.

Production is expected to start before the end of this year.

“This is a big win for our employees as well as our community, where we are making a positive economic impact,” Martin Polívka, general manager of the new Chomutov plant, said in the statement. “Our facility is using the latest technology with special attention given to high flexibility so that we can react quickly to new developments and changing requirements of our customers,”

Magna is headquartered in Aurora, Ont