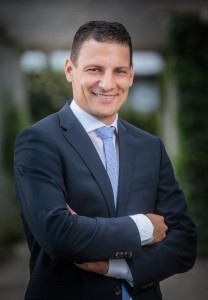 Daniel Weissland has been named as the new president of automaker Audi Canada.

Weissland is presently the sales director for Southern Europe and based in Ingolstadt, Germany.

Weissland holds a MBA and Engineering degree from the University of Applied Sciences Munich. His previous roles within Audi AG were in sales, marketing, network development and product management. He was also part of a team that founded Audi’s national sales company in Dubai.

The Audi Group delivered approximately 1,741,100 cars of the Audi brand to customers in 2014. In 2013, the company reported revenue of 49.9 billion euros and an operating profit of 5.03 billion euros. The company operates globally in more than 100 markets and has production facilities in Ingolstadt and Neckarsulm (Germany), Győr (Hungary), Brussels (Belgium), Bratislava (Slovakia), Martorell (Spain), Kaluga (Russia), Aurangabad (India), Changchun (China) and Jakarta (Indonesia).