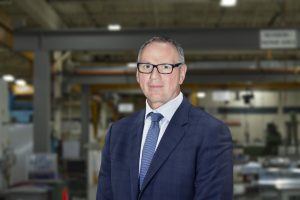 Campbell replaces Todd Sheppelman, who is stepping down from the role, as well as from as director of the Toronto-based company.

Campbell joined ABC in 2022 as its chief operating officer (COO), having previously served as COO of Mississauga, Ont.-based auto parts molder The Woodbridge Group. He has also worked for Johnson Controls and Magna International.

He will also be appointed to the board of directors of ABC.

“On behalf of the Board of Directors, I want to thank Todd for his leadership and unwavering commitment to our business and its customers,” said. “Todd’s contributions to the Company have been immense,” James R. Voss, chairman of the board of directors of ABC, said in a news release. “Todd has led the company since 2017 and, in the past two years, he successfully guided ABC through its initial public offering and the COVID-19 pandemic, and was instrumental in [our] recent acquisitions of dlhBOWLES Inc. and Karl Etzel GmbH.”

“We look forward to continuing to work with [Campbell] him in his new role,” Voss added.