Bechard, the head of Trexel since 2015, suffered a heart attack while competing in a rowing race. 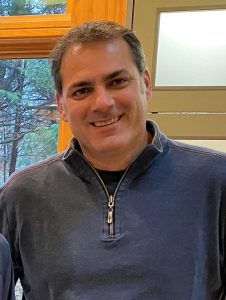 In a news release, Trexel officials said that Bechard died of a heart attack while competing in a rowing race on the Merrimack River in the northeastern U.S.

Headquartered in Wilmington, Mass., Trexel is the exclusive provider of the MuCell microcellular foam technology for lightweighting plastic parts.

Bechard served as the head of Trexel since 2015. “As a result of his leadership and vison, Trexel was able to advance its MuCell Technology into new markets and applications,” the release said. “When Brian arrived at the company, Trexel predominantly supplied its proprietary foaming technology to the automotive industry. Today…Trexel [also] has customers in packaging, footwear, blow molding, and electronics, as well as advanced initiatives in the EV market.”

Before joining Trexel in 2015, Bechard ran businesses in Europe and North America for Synventive, managed an injection and extrusion molding plant for Avery Dennison, and served as a combat engineering officer in the U.S. Army. Bechard was a graduate of West Point and received his MBA from Harvard Business School.

Trexel, which has undertaken a search for a new CEO, has named David Bernstein, chairman of the board, as interim CEO. Levi Kishbaugh, the company’s vice president of engineering, and Petr Janik, vice president of finance and operations, will handle day-to-day management of the company.