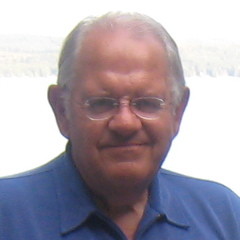 Auxiliary equipment executive Chuck Thiele – perhaps best-known as president and CEO of Motan Inc. from 1985 to 1999 – passed away on July 17 in Michigan at age 80.

Born in Chicago, Thiele served in U.S. Air Force after high school, and was eventually stationed in Germany. There he connected with relatives who were involved with manufacturing pneumatic conveying and blending equipment for the plastics and chemicals industries. After his return to the U.S., he started his career in plastics machinery in 1973 when joined Whitlock Inc. as national sales manager. Thiele and his wife Nancy started their own sales rep company soon thereafter, and Thiele then launched Kenvey Systems, which manufactured pneumatic conveying systems. After his stint as head of Motan, Thiele founded Vactec LLC, in Kalamazoo, Mich., serving as a design consultant for auxiliary equipment makers Conair, Matsui, Novatec, Piovan, and most recently Ampacet, which entered the auxiliary equipment space in 2020 when it purchased Israel’s Liad Weighing and Control Systems.

Thiele was a long-serving board member with Bekum America, and was an active member of the Plastics Pioneers Association.

Thiele also held six U.S. patents over the course of his career for numerous products and systems for vacuum conveying and drying systems. The first, awarded in 1986, was for a filterless vacuum receiver that later became known as the “Silver Bullet.” His most recent patent was just awarded in 2022.