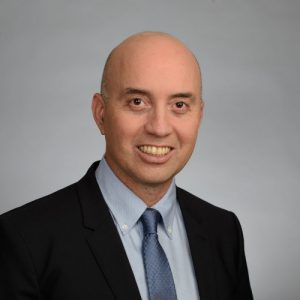 Zeif will officially join Stratasys in the leadership position on February 18, 2020. Until then, Elchanan Jaglom will continue to act as interim CEO, and will also maintain his role as chairman.

Prior to joining Stratasys, Zeif served as senior vice president of products and marketing at crop-protection company Makhteshim (now Adama Ltd.). In 2013, he moved to Netafilm, the world’s largest micro-irrigation company, as the president of the Americas, head of product offering, and chief commercial officer. Since 2018, he has served as a partner at McKinsey & Company’s New York office.

Zeif obtained an Executive MBA from the Kellogg School of Management at Northwestern University and a Ph.D. in International Economics from Bar-Ilan University.

“Stratasys has led the expansion of the 3D printing industry for more than three decades, but the potential impact of this transformative technology across all industries is just beginning,” said Jaglom, Stratasys’ interim CEO since Ilan Levin resigned in 2018. “Yoav brings the strong combination of leadership and global operational experience to fuel our next stage of growth. We are confident that as CEO he will advance our offering and further our vision to reshape the world of design, prototyping and manufacturing.”

Stratasys is a global leader in additive manufacturing and 3D printing technology and is the manufacturer of FDM and PolyJet 3D Printers. The company has dual headquarters in Eden Prairie, Minn. and Rehovot, Israel.