When completed, the plant will produce 15,000 tonnes of post-consumer recycled material each year, with target markets being Mexico, neighbouring countries in Central America, and the U.S. 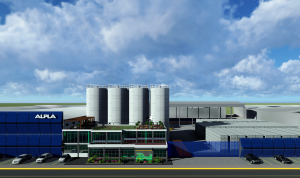 In a bid to expand its recycling activities worldwide, Austria-based packaging supplier Alpla Group is building a 15 million euro (US$18 million) plant in Mexico for recycling HDPE.

In a Sept. 17 statement, the company said it planned to produce 15,000 tonnes of post-consumer recycled material each year, with target markets being Mexico, neighbouring countries in Central America, and the U.S.

The new plant, which will employ 65 workers, will be located in Toluca, with construction planned to begin in autumn 2020, with its launch planned for the second half of 2021.

“We invest in regions where the demand for recycled material is not yet that high,” Georg Lässer, head of recycling for Alpla, said in the Sept. 17 statement. “In doing this, we give used plastics value.”

Alpla already has a recycling footprint in Mexico: The first bottle-to-bottle recycling plant in Latin America commenced operation back in 2005 with Industria Mexicana de Reciclaje (IMER), which is a joint venture between Alpla México, Coca-Cola México, and Coca-Cola Femsa.

And the company has experience in HDPE recycling as well, having acquired two recycling plants in Spain in November 2019.