Amatil and Dynapack will work together through a proof of concept phase to consider a potential plant's economic feasibility, size, scale and location, end-to-end requirements, and potential integration into each company's value chains. 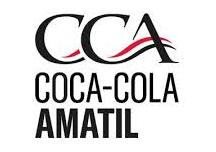 Coca-Cola Amatil Indonesia (CCIA) has entered into a Heads of Agreement with long-term packaging partner Dynapack Asia to build what the companies are calling “a state-of-the-art” bottle to bottle grade PET recycling facility in Indonesia.

In a statement, CCIA said it will work together with Dynapack through a proof of concept phase, which is intended to consider a potential plant’s economic feasibility, size, scale and location, end-to-end requirements, and potential integration into each company’s value chains. According to Kadir Gunduz, president director of CCIA, CCIA and Dynapack had established a joint project team to leverage each company’s expertise in respective parts of the production and recycling process, as part of considering this facility.

“This joint venture represents a real environmental step-change in our move towards a more sustainable approach to plastic and a circular economy by bringing low-quality PET waste back to virgin-quality, food-grade PET, which also echoes The Coca-Cola Company’s ‘World Without Waste’ vision,” Gunduz said.

Gunduz also added that the use of recycled plastic could reduce the amount of new plastic resin the company uses by an estimated 25,000 tonnes each year in 2022, aligning with the commitment as part of the steering board at NPAP (National Plastic Action Partnership) to supports Indonesia’s National Action Plan in achieving a 70 per cent reduction in the nation’s marine plastic debris by 2025.

Following the proof of concept phase, and formalization of agreements, the two companies will outline their intended program, the statement said.

CCAI is a subsidiary of Coca-Cola Amati, one of the top 10 independent Coca-Cola bottlers in the world, which is headquartered in Sydney, Australia.

Dynapack Asia is said to be one of the largest rigid plastic packaging and components manufacturers in South East Asia and China, and operates more than 30 manufacturing sites in the region.