SPE names Robert Porsche as Thermorformer of the Year

Porsche is the president and owner of Milwaukee, Wis.-based thermoformer General Plastics Inc.

The Society of Plastics Engineers (SPE) Thermoforming Division has named U.S.-based industry veteran Robert Porsche as Thermoformer of the Year. 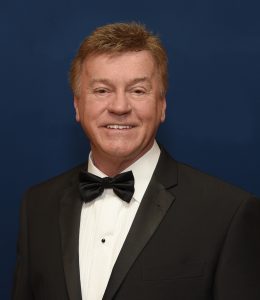 General Plastics is an ISO 9001 and ISO 14001 certified, full service custom plastic thermoformer. According to SPE, the firm also houses some of the largest forming equipment in the industry, and manufactures products for in rail, truck, marine, office, lavatory, medical, health and wellness, gaming, arcade, food and beverage, construction, and machine guarding applications.

In February 2017, General Plastics was presented with the Wisconsin Manufacturer of the Year Award in the small business category, an honour that it also received in 2014. The company has also received numerous awards for its contributions to the SPE Thermoforming Division’s Annual Parts Competition over the years.

Porsche has served in many leadership roles for SPE, including as a Thermoforming Division Board Member, where he chaired the Finance, Machinery, and Processing Committees; and as chairman of two SPE thermoforming conferences.

The award will be presented during the Division’s Thermoforming Awards Dinner, held in conjunction with the 26th SPE Thermoforming Conference. The conference will take place September 11-13, 2017 in Orlando, Fla. The awards dinner will be held on Tuesday, September 12.

Past recipients of the SPE’s Thermoformer of the Year Award can be found at this link.