South African plastics industry veteran and packaging innovator Ian Strachan has been named Thermoformer of the Year for 2016 by the Society of Plastics Engineers (SPE) Thermoforming Division. 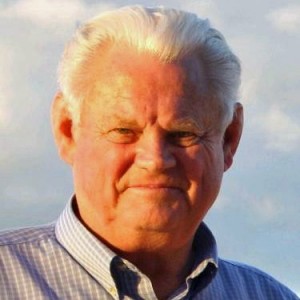 Strachan entered the thermoforming industry when he became general manager of the Elvinco Group of Companies in 1971, where he was involved with the development of new technologies in thermoforming, injection molding, blow molding, and extrusion. Prior to his appointment, Strachan worked in specialty high-tech metal production and with the South African Mint to upgrade and implement its production management and control systems.

From 1974 to 1988, Strachan served as managing director for Nampak Mono Containers, a thermoforming and steam chest molding company. Nampak was the largest diversified packaging group in the world at the time. Strachan went on to manage several subsidiary companies that specialized in thermoforming and extrusion, where he developed new packaging processes that are still being used in those markets to this day. Mono Containers developed multi-layer “hi-tech” barrier packaging in the first applications outside the U.S.

Strachan was also the first to introduce CPET packaging outside the U.S.

Strachan also developed thermoformed in-mold labeling and several other techniques for Unilever in the mid-1980s, which later won the Unilever International Award for most innovative packaging technology in thermoforming.

From 1988 to 1992, Strachan served as CEO and deputy chairman of the Sun Packaging Group, one of the largest packaging firms in South Africa. An international company with operations in Japan and the U.S., these companies led the way in the development of biopolymers and processes that are still used in these industries.

Strachan later formed MGA Southern Africa Pty. Ltd. and MGA Inc., an international consulting firm specializing in technology and process improvement in the packaging and thermoforming industries. More recently, he acquired ToolVu LLC, which offers a process management system that monitors what is happening in a thermoforming mold in real-time.

“Ian Strachan is a major contributor in process development and improvement in the thermoforming industry,” said Bret Joslyn, SPE Thermoforming Division Chair. “He continues to innovate and to consult around the world to help improve thermoforming and auxiliary processes. Ian has also played a pivotal role in assisting small and developing countries to adopt thermoforming technology for the food and fruit processing industries.”