The US$2 billion deal between the Cincinnati, Ohio-based processing machinery maker and Hillenbrand was first announced in July 2019. 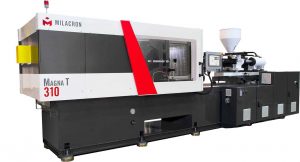 Stockholders for Milacron Holdings Corp. have approved the sale of the company to industrial equipment maker Hillenbrand Inc.

The transaction is now expected to close on November 21.

At a special meeting of the board, Milacron’s stockholders also approved the proposal to approve, on an advisory (non-binding) basis, specified compensation payable to Milacron’s named executive officers in connection with the merger.

The US$2 billion deal between Cincinnati-based Milacron and Hillenbrand, which is headquartered in Batesville, Indiana, was first announced in July 2019.

The combined company is expected to generate annual sales of approximately US$3 billion and free cash flow of more than US$325 million by 2021, the companies said in a July 2019 statement.

Hillenbrand is the parent company of extruder supplier Coperion GmbH.