Matthias Sieverding takes over as head of KraussMaffei extrusion segment

Germany-based machinery maker KraussMaffei Group has named Matthias Sieverding as the manager of its extrusion segment. 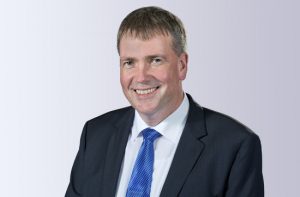 The 47-year old engineer and trained tool maker has been working for KraussMaffei for almost two decades with just one short interruption in between.

Sieverding started his career at KraussMaffei after he finished university with a diploma in mechanical engineering. In 2000 he became an application engineer in the company’s injection molding machinery segment. Later on he performed in various positions, among them as head of application department for injection molding and as the sales director for technologies and applications. In 2010 he took over the management of the extrusion segment in the U.S.

“Matthias Sieverding knows our customers and our company very well,” Dr. Frank Stieler, CEO of KraussMaffei, said in a statement. “We are convinced that with him leading the Extrusion Segment he will strongly support our growth strategy.”