An engineering graduate from Princeton University, Yokana founded Sterling in Linden, N.J. in 1959, and in 1969 moved the business to South Plainfield, N.J. The company – which employed 175 workers at its peak – manufactured and sold blown film, blow molding, sheet, and compounding equipment for the plastics industry, together with wire and cable coating systems. “My father invented the Sterlex screw, which was one of the first barrier screws in the market and credited for the accomplishment of increased rates and the beginning of control of melt temperatures,” said Yokana’s son Sandy Guthrie, who works for recycling equipment maker ADG Solutions Inc. “He also started the movement with the industry change for the 24:1 L/D to the new standard of 30:1 L/D in the late 1970s.” 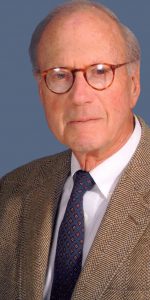 Sterling was acquired by Baker Perkins North America Inc. in 1986.

Yokana also acquired Davis Electric in 1968, which later joined with Merritt Extruder to become Merritt Davis. “Merritt Davis was noted for its advanced winding technology in wire and cable, was one of the first companies involved with fibre optics, and a leader in recycling technology and extruder design,” Guthrie said. “My father remained as the chairman until the company was sold to Davis-Standard LLC in 2005.”

Yokana held numerous patents relating to plastics processing, and in the early 1960s he won a landmark legal case related to trade secrets and unfair competition, which was eventually heard by the United States Supreme Court. “The case stands as an important precedent even today,” Guthrie said.