The company has appointed Kevin Miller as its general manager, overseeing all Newton, Kansas operations including production, inside sales, engineering, and purchasing.

The company has appointed Kevin Miller as its general manager, overseeing all Newton operations including production, inside sales, engineering, and purchasing. 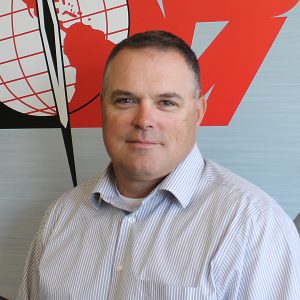 Miller has almost 30 years of experience in manufacturing operations. Most recently, he was director of operations at Ametek Advanced Industries, a supplier of components and systems for the aerospace and defense industries. His manufacturing experience also includes operations and assembly positions at the Boeing Company and Spirit Aerosystems.

“Kevin has already demonstrated significant operational leadership and is a true motivator for his team. We are fortunate to have him lead our operations team and believe his skills will be a significant asset in the development of enhanced processes and procedures moving forward,” Bunting’s COO Jana Davis said in a statement. “His extensive industrial experience with team management, quality assurance programs and lean principles such as 5S and KanBan will result in improved sales, operations, and customer satisfaction.”

Bunting also has operations in Chicago; DuBois, Penn.; and the United Kingdom.