Rising electricity prices, courtesy of Canada’s most ambitious green energy plan, are threatening to turn out the lights on Ontario’s plastics processors.

We all know what the road to hell is paved with. And when it comes to good intentions, Ontario’s landmark Green Energy and Green Economy Act — commonly known as the Green Energy Act or GEA — takes a back seat to nothing.

Introduced in 2009 by Dalton McGuinty’s Liberal government, the GEA represented one of the most significant energy policy overhauls in Canadian history. The goal was to clean up the province’s polluted air by shutting down coal-fired generating plants and replacing them with cleaner solar, wind, and bioenergy power kick-started through generous subsidies or Feed-in-Tariffs.

It was a noble idea but, with the benefit of hindsight, the whole thing seems to have been about as well-considered — and well-implemented — as a game of pickup hockey. As Ontario’s provincial auditor-general said in a highly critical 2011 report, the province plunged in “without conducting any business-case evaluation of the impacts of the program.” Which might explain why the GEA has been marred by problems and controversy almost from the beginning 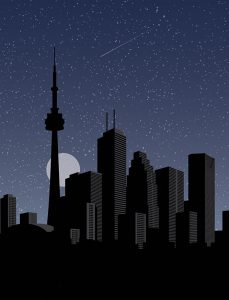 In accordance with the GEA, Ontario closed its coal-fired power plants over the last decade and built a rapidly expanding portfolio of contracts with other generators, including renewable energy companies producing power from hydro, wind, solar, and biomass. Which is where the trouble started. Because wind and solar power tends to be produced at times when it’s least needed, the province is actually paying a mandated premium for power that it then has to dump to other jurisdictions. The reality was laid bare in a 2013 study from the Fraser Institute. “Eighty per cent of Ontario’s generation of electricity from wind power occurs at times and seasons so far out of phase with demand that the entire output is surplus and is exported at a substantial loss,” the think-tank said.

To make up the difference of these higher-than-market-value prices for energy, the Ontario Power Authority is forced to slap an extra charge — called the “global adjustment” — on the electricity bills of Ontarians. Since 2007, the global adjustment has risen six cents per kilowatt hour in inflation-adjusted terms, pushing up the commodity portion of bills by as much as 50 per cent. As noted by Ross McKitrick, an economics professor at the University of Guelph and a senior fellow of the Fraser Institute, the impact is significant. “The rising global adjustment is by far the biggest driver of the resulting 21 per cent increase in the overall average cost of power in the province over the period 2007-2015,” he said.

And the bulk of the price increase is being paid for by the manufacturing sector, which runs during the on-peak times (mornings and afternoons) when the cost of energy is at its highest. Which is why, according to the Association of Major Power Consumers of Ontario, industrial customers are now paying approximately $85 per megawatt hour in Ontario — more than double the $40 average paid in the neighbouring provinces of Manitoba and Quebec, and the state of Michigan.

In short, soaring electricity rates in Ontario are now threatening industries and businesses across the province, with one in 20 reporting they expect to shut down in the next five years, according to a major 2015 study by the Ontario Chamber of Commerce. And an untold number of these are plastics processors.

Intergrated Packaging Films (IPF), an Ayr, Ont.-based maker of recycled plastic sheet for packaging, could be a case in point. The company’s co-owner, Bill Mechar, first noticed something was seriously wrong when he received his electricity bill for December 2012. Notwithstanding a 10-day shutdown for Christmas, IPF’s bill was actually higher that month than for the previous month of November. “Our kilowatt hours were down considerably because we had powered down completely for 10 days, but our bill had gone up, which obviously didn’t make sense,” Mechar said.

Digging into the issue raised more questions than it answered, as Mechar was alarmed to discover that his hydro costs had been rising sharply since 2009. After contacting his electricity supplier, Cambridge and North Dumfries Hydro, Mechar was told that much of the increase went for global adjustment. “The short answer to my questions was that province was selling surplus wind and solar energy at a loss and upcharging us,” Mechar said.

IPF’s four extruders are the main hydro users in the plant, Mechar said, and they must run 24 hours a day, seven days a week for the company to turn a profit. “Shutting our extruders down for part of the day to save hydro costs isn’t an option,” he said. Efforts to cut IPF’s bill through other means, such as installing energy-efficient lighting, have resulted in savings of about 10 per cent. But it’s not enough: Mechar estimates that the cost of his hydro has risen by 50 per cent since 2009, and is heading towards an annual bill of $600,000.

As a result, Mechar has pondered moving his company to the U.S. — specifically Kentucky, where state representatives have guaranteed him a rate low enough to save $500,000 per year. “I’m stuck between a rock and a hard place,” Mechar said. “The cost and the disruption of moving are considerable, but so is the cost of continuing to do business in Ontario. If I’d known when I established the company 20 years ago what the electricity rates were going to be today, I would never have set up in this province. We’re paying three times more for electricity, for example, than a much bigger manufacturing company I know of in Quebec. Our electricity bill is making us less competitive by draining money that we could otherwise use to expand.”

As bad as the situation in Ontario seems, there are opportunities available for plastics processors to take bites out of their rising electricity bills. “There are many companies within the marketplace who are qualified to perform energy efficiency studies,” said Chris Armstrong, an analyst at Waterloo, Ont.-based consultant GoEnergy. “The process begins with examining a company’s current electricity rates; once we’ve established this baseline, the processor can make intelligent decisions about investing to cut power usage.”

Some of Ontario’s various industry associations are there to help, too. In partnership with energy services provider 360 Energy, Canadian Manufacturers & Exporters Ontario is offering its members the CME 360 Energy Coach Program. The program brings trained consultants into a client company to analyze its workflow and areas of potential energy savings; and also includes training client staff members to serve as energy coaches who develop, recommend, and implement energy saving policies and changes on an ongoing basis.

The Canadian Plastics Industry Association, meanwhile, has partnered with Bruce Power to provide an energy management service for CPIA member companies. “Member companies can sign up for an exclusive bulk wholesale purchasing plan that utilizes Bruce Power’s pricing model, with the potential to deliver significant savings by locking into a bulk or wholesale electricity rate lower than what they could get on their own,” said CPIA president and CEO Carol Hochu. “Bruce Power also offers an electricity bill verification program for our members. They examine your bill, recalculate every item on it, and will work with the utility company to correct any errors; and they can also identify opportunities for potential savings.”

But as Craig Bolton, president of Fort Erie, Ont.-based customer molder Peninsula Plastics can attest, even the best energy saving program only achieves so much. “Our hydro provider, Canadian Niagara Power, offers many programs to help reduce electricity usage, but some of them are very expensive to implement,” he said. The company’s lengthy experience in purchasing a new energy-efficient processing machine is instructive. “We bought a new 500-ton servo-motor press that qualified us for a rebate from the Independent Electricity System Operator; but a representative from Canadian Niagara Power had to come and study the old machine, which took some time, and then return to examine the new machine, which took more time. We were also responsible for having the old machine destroyed, and for proving that it was destroyed,” Bolton said. “We received a $6,900 cheque but the machine cost $200,000, so the return on investment will be slow.” In December 2015, Peninsula Plastics also received a $7,800 Electricity Retrofit Incentive Program cheque from Canadian Niagara Power in recognition of the electricity savings it achieved through a lighting retrofit at its facility. “The money was helpful, but given that our hydro bill has still doubled over the past three years, it’s really just a drop in the bucket,” Bolton said. “Electricity has now become a huge component of my costs and it hurts my competitiveness. I’ve seen the hydro bills of my injection molding customers in states like Michigan and they’re much lower than mine.”

In the end — and barring a near-miraculous public policy reversal — ever-rising electricity prices may be the new normal for Ontario’s plastics manufacturing sector. “If the province wants to contain electricity rate increases it needs to halt new hydroelectric, wind, and solar projects,” said Ross McKitrick. “In order to reverse rate increases, the province should seek opportunities to terminate existing contracts between renewable energy companies and the Ontario Power Authority.”

But given the fact that the province just signed up to buy a lot more renewable power in mid-March, that option doesn’t seem to be on the table.