The goal is to monitor their presence in the different stages of industrial processes. 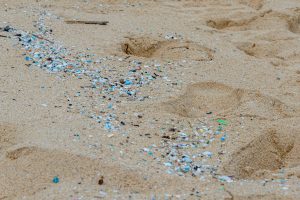 When it comes to plastic pollution, microplastics – plastic fragments of 5 mm or less in size – are particularly problematic. In 2015, oceanographers estimated there were between 15 trillion and 51 trillion microplastic particles floating in surface waters worldwide, and microplastics can also shear off from car tires on roads and as synthetic microfibres shed from clothing. The particles blow around between sea and land, so people might be inhaling or eating plastic from any source.

So, you’d think there would be a globalized, standardized methodology to detect and measure microplastics. But there isn’t…although that may soon change. The AIMPLAS plastics technology centre in Valencia, Spain, is currently carrying out its “Microplastics 2020 Project” which, when complete, aims to detect, identify, and quantify microplastics in order to monitor their presence in the different stages of industrial processes.

The project’s initial focus is on the Valencian Community, an autonomous community of Spain that has more than five million inhabitants.

“Because no standardized methodologies are currently available to analyse the presence of [microplastics], AIMPLAS is developing an innovative method to provide support to companies in the Spanish Autonomous Community of Valencia so they can improve their environmental safety and anticipate future regulations on the use and production of microplastics in products and the generation of industrial effluents,” the agency said. “The level of analytical technology and knowledge required to perform such analysis is so high that companies must seek the help of experts at highly specialized centres. Thanks to this project, companies will have a greater capacity to take action on their materials and processes to reduce the possible presence and production of microplastics, and they will be better prepared to anticipate future legislation. A standardized study on the presence and potential production of microplastics in the different stages of each industrial process will help prevent microplastics from forming and eliminate them when possible.”

AIMPLAS officials said that the project requires “a high level of R&D, given that no standardized methods are currently available to detect, identify, and quantify microplastics in different media.” So, AIMPLAS is working with a range of companies in Valencia that are participating by contributing case studies and information on their production processes.

The ongoing project is funded by the Valencia Regional Government’s Ministry for Sustainable Economy, Production Sectors, Trade and Employment through grants from IVACE, and is co-funded by the European Union (ERDF) through the Spanish Autonomous Community of Valencia ERDF Operational Programme (2014-2020). This funding is targeted at technology centres in the Valencia Region to develop non-economic R&D projects in collaboration with companies in 2020.