Letter to the Editor: Government policy and plastic waste

Instead of trucking garbage and plastic waste hundreds of miles for disposal, municipalities should convert the combustible part of the waste stream into energy. 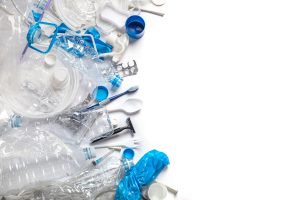 I’m a chemical engineer who has worked for Montreal Engineering in design engineering in Calgary, and in sales, marketing and business development for Dow Chemical Canada Limited. I’ve been involved in environmental engineering studies since 1970, and have done a complete life-cycle analysis on urethane foam products. I simply do not understand the approach currently being used in North America when it comes to plastics manufacture, use and disposal. There several reasons why plastic products have come to dominate our lives:

So, why are governments bowing down to activists that can only see plastics as contributing to a horrendous array of environmental issues? My answer can only be based on the inadequate response on the part of the plastics industry. The raw materials to make plastics come primarily from natural gas that every oil- and gas-producing nation gets from subterranean sources. Rarely does the portion of that stream that gets diverted into plastics manufacturing exceed five per cent; most of the rest is used as fuel to produce electricity in large power stations, for home heating, and as an energy source in some industrial applications. But the technology exists to use methanol from the fermentation of corn as the raw material for plastics should that become necessary.

We understand very well how to manufacture these useful materials so consumers can use them in ways that make life more enjoyable. What we haven’t figured out is how to close the life cycle loop. That’s where my biggest disappointment comes in. Countries around the world such as Japan, Finland, and Germany have been using energy-from-waste facilities to take advantage of the energy component of plastics for several decades, so why is this not a reasonable response in North America? From a societal standpoint, nothing should be more upsetting than municipalities disposing of the waste generated within their boundaries by trucking garbage hundreds of miles for disposal. I know there are jobs involved, but the idea of using steel to build the trucks, and then fuel to transport the waste all needs to be considered as part of the life cycle of the materials usage by society. A truly responsible municipal government would understand that their task is to find a way to dispose of waste within their municipal boundaries. Instead it’s easier to simply pay someone from outside the community to “truck” the problem away. Or is it?

The answer is to embark on a program to convert the combustible part of the waste stream into energy. Some will be concerned about the exhaust from such a facility, but the technology to remove harmful materials exists and is extremely effective. The heat generated can be used to produce steam that in turn can run a generator to produce electricity for use in the community. As the steam pressure drops, it can be used in a central heating system for buildings near the facility. An offshoot benefit is that we will not need as many miles of high voltage transmission lines to bring electrical power from distant locations. Such a facility will deal with not only the plastics in the waste stream, but also the equally large amounts of wood-based products such as paper and some construction waste.

We have all heard of the 4 “R”s when it comes to the environment: Reduce, Reuse, Recycle, Recover. Few products have come along that truly embrace the “Reduce” component of this philosophy that equal plastics. We have been able to make films thinner and stronger and we can make automotive parts that last well beyond the life of the metal parts of our transportation equipment. Most people will figure out how to reuse many plastic materials, whether it be a grocery bag, a more rigid container, or even designing a vehicle so that an older part can be reused. There has been a lot of focus placed on “recycling” and it has a valid role to play, but in almost every instance there’s no way to make an item out of recycled material with the same functionality and efficacy as virgin material. Simply, it doesn’t work as well and it costs more. That leaves “Recover”, and that’s where industry and governments at all levels have failed in North America.

We are staring at the solution but cannot see the forest for the trees. Not only can we clean up our local world, but we know there are islands of garbage floating in the oceans, and as the plastic components disintegrate, they get ingested by sea life, some of which we consume in our diets. The answer is not to remove plastics from our world; they do so much to make our lives better. The answer is to close the life cycle loop through an effective “recovery” program to capture the energy embodied in the municipal waste streams. The plastic manufacturers should be at the leading edge of energy-from-waste technology with the design of modular plants that municipalities can purchase and install to help solve a societal problem and their own businesses.